Doneer
Home - Actueel - Noodhulp - Vluchtelingen - Refugee crisis 2015-2016: Standing by the side of the displaced

The year 2015 was tainted by the biggest refugee crisis faced by humanity after World War II. To date, 1,362,807 refugees and immigrants have crossed the Aegean Sea in dinghies in an attempt to get to Europe, hoping for a better life.

Greece has experienced the biggest number of arrivals. From January 2015 to this date 1,028,508 persons have arrived in total, with Lesvos, just 8 nautical miles from Turkey and a resident population of 85,000, receiving in 2015 alone 504,407 refugees and immigrants. The Mediterranean turned into a watery grave, where 8,425 persons, amongst whom hundreds of children, lost their lives in shipwrecks and capsized boats.
On a global scale, in 2015 “the nation of the displaced”, i.e. people who are forced to leave their homes, exceeded for the first time5 60 million people, rising to 65.3 million. 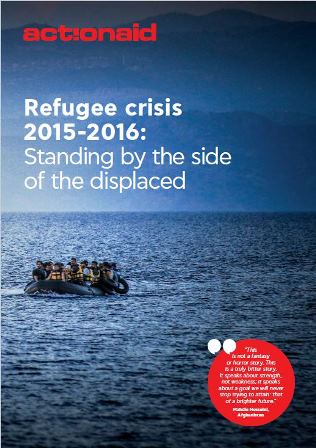