The Price of Privilege

Inequalities of all kinds are on the rise. This is happening despite the fact that the moral, political and economic justifications for such inequalities — whether between women and men, between Dalit and Brahmin, or between black and white — are increasingly being challenged.

Many kinds of inequality are global. Inequalities are interlinked, and one particular kind — inequality in the distribution of wealth — fuels many others. The richest 64 individuals control as much wealth as the poorest 3.5 billion people combined.

This horrifying reality leads to a number of problems. Most significantly, an inordinate amount of power is in the hands of the very richest. Whether in multi-party systems or in authoritarian dictatorships, they find a way to make countries’ social, economic, and political systems work in their interests. 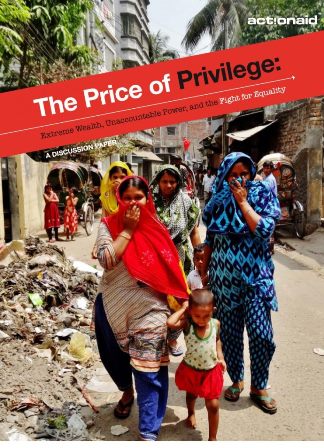